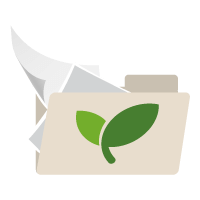 Debt education is an important life skill that most of us did not have the privilege to acquire when growing up. Fostering knowledge about debt, its causes, its solutions and how to react to events that directly influence your debt forms part of this skill set.

It is never too late to learn and change your financial legacy. Educating yourself on how to budget, or how to manoeuvre through a cash flow crisis, or how to build healthy financial habits will cultivate the skillset to achieve financial freedom.

Explore the Debt Review Knowledge Centre topics below to take back the power over your finances and end the helplessness and vulnerability caused by over-indebtedness. 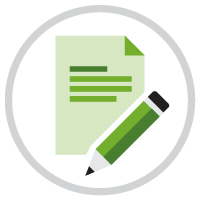 23rd Nov 2020
The festive season is on your doorstep, and perhaps after this ‘dumbstruck year’, it can indeed be your season to welcome some joy and rest…
Read More

Q: How Do I Check My Credit Record?

A: You can check your credit record with any credit bureau. There are mainly four credit bureaus in South Africa. They include; TransUnion, XDS, Experian and Compuscan.

By law, you are entitled to pull your credit record for free annually.

Q: How Can I Improve My Credit Record?

A: First, we would recommend that you pull your credit record to see what it looks like and whether it is in good standing or not. It is also a good idea to check your credit record regularly to make sure everything is as it should be.

If you see that there are accounts whose status are in arrears you will have to pay the arrears, and then make sure that you keep up to date with those accounts going forward.

If you have Judgements or Administration Orders on your profile you will need to settle the outstanding debts in order to have that information removed.

Avoid applying at various creditors for credit in a short period of time, this will affect your score negatively. Furthermore, every time you apply for credit and it gets disapproved it also negatively impacts your credit record.

Q: What Does It Mean When I Am Declared Insolvent?

A: You are insolvent when your liabilities are more than your assets. When considering your assets, you include all income, properties, vehicles, cash in the bank, investments etc. Liabilities are all your debt.

Usually, your creditors must get a specific percentage of the proceeds of the sale of your assets. After this, you will not be able to apply for credit for five years, after which you can apply for a rehabilitation order. There are alternatives such as Debt Review, which you should consider first before applying for sequestration.

Q: How Do I Fix Wrong Information on My Credit Record?

A: You can log a dispute directly with the credit bureau where the wrong information is listed on your record.

If the wrong information is because of a specific creditor you can log a complaint with the Credit Ombud to dispute the listing on your record.

Q: When Can My Debt Be Written Off?

A: Debt can only be written off by two means, namely Prescribed Debt and Reckless Lending.

The exception to the above-mentioned is Bond Accounts and Judgements – as the term for these are 30 years.

Reckless Lending is when a creditor has failed to conduct a thorough affordability assessment – as required by the National Credit Act (NCA) – at the time of giving the credit. It is also when the credit provider has given credit despite the fact that you did not understand the costs and obligations of the agreement, or when the credit agreement will lead to you becoming over-indebted.

At DebtSafe we offer the option to our new clients of conducting a Reckless Lending investigation.

A quick note about Credit Amnesty

Q: Can I Voluntarily Surrender My Vehicle?

Surrendering your vehicle while your payments are still up to date:

If you are dissatisfied with the evaluation provided by the creditor you can withdraw the notice and recommence the possession of the vehicle. You can also sell your vehicle privately to get a better price.

Surrendering your vehicle when you are behind on payments:

You can inform your creditors that you want to voluntarily surrender your vehicle. Once you signed the voluntary agreement your car will be repossessed.

When you surrender the vehicle during the debt review process – the correct procedure will be to suspend further payments to the creditor until the shortfall amount, if any, has been established. Whereupon, depending on the circumstances, repayment can continue.

Q: Can I Try to Negotiate with My Creditors Before Considering Debt Review?

A: Yes, you definitely can – don’t feel intimidated by creditors; you have the right to negotiate with them if you anticipate that you will be having trouble repaying your debt. Plus, being proactive will count in your favour.

Before getting everything ready for your negotiations, take the following into account:

What you need before approaching your creditors:

As mentioned above, this arrangement with your creditors is only a short-term solution, your creditors will not agree to a long-term repayment adjustment. So if you see that you will need reduced instalments for the foreseeable future you should consider Debt Review which will most likely be a better debt solution.

It’s GO TIME – Turn Your Financial Situation Around this 2020

12th Dec 2019
In a flash, December has come and gone. Was all the glitz, glamour and gloss of the 2019 festive season worth it, financially? Excessive bills…
Read More

10th Feb 2017
Life is always throwing curve balls and from time to time you will have to deal with unexpected additional bills. That is why it’s important…
Read More

Recommended Ways to Turn Your Debt Around

20th Jul 2018
Debt is such a familiar topic these days that you may feel: “Ah, same old talks, what on earth can be done about it?” Well,…
Read More

When debt has you backed into a corner, it is crucial to find a safe and reliable way to fix your finances. Jumping for a quick solution will only make the situation worse. Instead, take a moment to educate yourself about safe and sustainable debt solutions.
Read more on how DebtSafe ensures the safest way to fix your debt.

*Please note, these are administrative offices only. For client queries please call 0861 1009 99, or visit the:
DebtSafe National Contact Centre in Mokopane or click here for online query resolution.